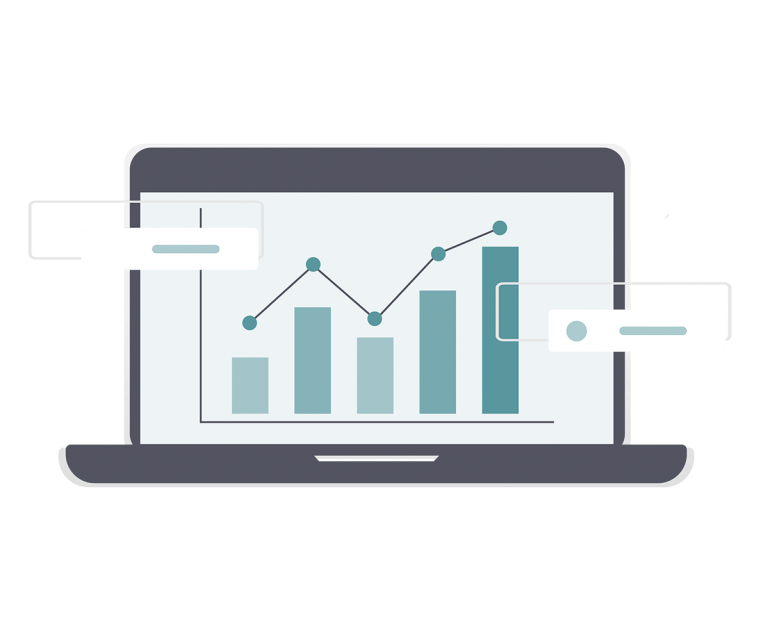 The economic significance of platforms can be assessed quantitatively, taking in several major areas of interest: revenues and traffic share (including sectoral disturbance), and trade flows. We examined this dimension by type of user (platforms, business and end users); by sector (hospitality, transport); and by type of platform (social media, search engine, etc.), depending on the relevant indicator.

Traffic share is the most revealing indicator of the economic significance of online platforms. The 50 top online platforms, representing an average of over 60% of traffic share across the EU Member States, achieved worldwide revenues of almost USD 340 billion (EUR 276 billion) in 2018, and employed almost 600,000 people. As of January 2020, Facebook is the leader in the social media market in Europe, with a 70% share of traffic, while Google is the leading search engine, with a 94% share of traffic.

Online platforms are active in a variety of sectors, in particular e-commerce, apps and software, social media, financial services, transportation and hospitality. Among these sectors, the transportation and hotel industries have been disrupted not only by the platform economy but also by the sharing economy, in which online platforms facilitate operations and services between individuals. According to Statista, revenue in the holiday rentals segment, which comprises private accommodation bookings made online, amounts to EUR 27,787 million in Europe in 2020. User penetration in the holiday rentals market in Europe stands at 23.9% in 2020, and is expected to hit 24.5% of users by 2023. Research indicates that in the US, private accommodation bookings via the platform/sharing economy grew nearly twice as fast (11%) as overall travel bookings, and now represent roughly 15% of rooms available in certain places. Moreover, via a transportation platform over the prior year, roughly comparable to the share of employed persons who drive for a living (2.8%). When analysing data on platforms by sector we will therefore focus on two sectors: hospitality and transportation.

In the travel and hospitality sector, on average 26% of hotel bookings are performed via online platforms. Among the online booking agencies, the leader is Booking.com with over 67% of bookings in Europe.

Figure 3. Relative share of bookings made via major OTAs in Europe in 2017, %

Figure 4. OTA share of hotel overnight bookings in Europe in 2017, %

In the transportation sector, the ride-hailing segment that covers online platforms and apps bringing together passengers and drivers (e.g. Uber, Blablacar) is one of the fastest growing areas in online services. In Europe, the revenue of ride-hailing companies is expected to reach EUR 20 billion in 2020. According to Statista, by 2023 users are expected to number 137 million.

Serving as an intermediary between businesses and end users, platforms mediate large trade flows inside and between countries (e.g. sales and purchases via online platforms). Indicators on the volume of trade mediated by platforms help us to understand the role platforms play in facilitating international trade.

This area is a multi-sided market, with platforms serving as an intermediary between end users and business users. For end users, it can be measured in terms of online shopping via platforms.

From a business perspective, several areas can capture the importance of the online platform economy: for example, the number and share of enterprises that are engaged in online trade via online platforms; their revenues from online sales; and the role of online platforms in cross-border trade.

Figure 7. Enterprises selling online (at least 1% of turnover): share of all enterprises, 2019

Although more enterprises in the EU currently sell via their own website/app, the importance and usage of online platforms is growing. Italy, Germany, and France have the largest number of enterprises selling via marketplaces. At the same time, on average, enterprises in the EU that sell online record a higher share of turnover from e-commerce conducted via marketplaces (18%) than from web sales via their own website or app (6%). We can therefore assume that in future the role of marketplaces for businesses will increase, due to their higher profitability.

Figure 9. E-sales via marketplaces and own website/app: proportion of enterpises, 2019

Figure 10. E-sales via ecommerce and web in 2019: turnover in millions of euros

Figure 11. Enterprises selling electronically to own country, other EU countries, and rest of world in 2019 (number of enterprises)